A life DIRECTED by inspiration rather than DRIVEN by desperation

Are you having some challenges in your life?

So here's what I'm learning, that is helping me with mine, and I hope that it will help you with yours as well.

Whichever feeling you focus on is what will drive your thoughts, emotions, and actions throughout your day.

Your actions create your RESULTS!!!!

The biggest result is the energy that we are filled with.

The challenge is that we are human and most of us were raised by parents who habitually functioned from a scarcity mindset.

So we were modeled to think thoughts that continually create feelings of scarcity blocking our ability to create more abundance in every area of our life.

HOWEVER, I KNOW THAT MANY THAT ARE ON THIS PLANET AT THIS TIME ARE CHAIN BREAKERS AND CHANGE-MAKERS!

I ATTRACT CHANGE-MAKERS SO PLEASE DON'T QUESTION WHETHER OR NOT YOU ARE ONE.

Do you have a sense there is more to life?

Do you sometimes have a "sense about something?

Something that I hear my clients say often is that they have a "sense" there is actually more to their life than what they are currently experiencing.

In case you've never made the connection, sense is just another word for inspiration, which means your intuition is trying to get your attention.

However, listening to and following your intuition isn't easy.

This is because many times what your intuition is telling you to do is scary because it's outside of your comfort zone, AAAND...

it requires you to have faith in yourself and God.

Something we ALL need to practice having more of!

For instance, I just met with a new client. Part of what came up in her session is the fact that she IS a great teacher.

Only she doesn't see herself that way AT ALL.

Instead, she is always comparing herself to other people, particularly people that teach or speak in her church.

The minute this happens fear kicks in all her limiting beliefs that she doesn't...

Can't Control the Negative Chatter? There Might Be A Deeper Reason Why.

It's fabulous when you have it and it is the pits when you don't.

Most often we associate motivation and personal power with mindset, but I was reminded this week, that having a positive mindset and feeling inspired is impossible if your thyroid isn't working.

In fact here is what life looks like for me when my thyroid is working and when it's not. 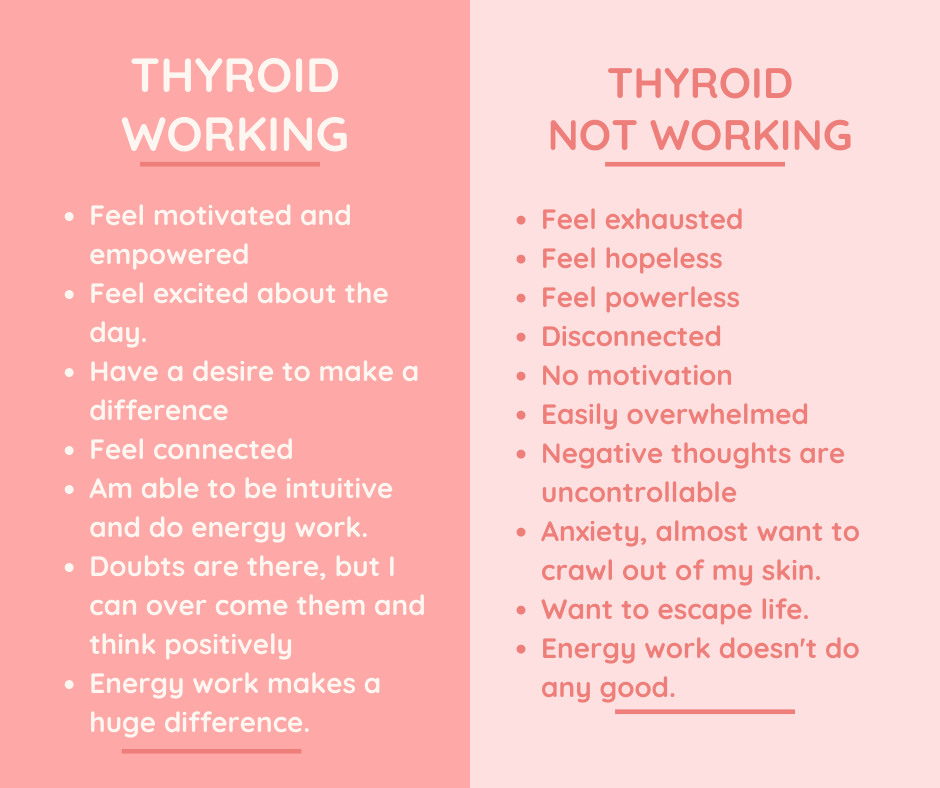 Why am I sharing this?

Because it has been a super rough weekend because my thyroid crashed.

Only this time instead of going into the depths of despair, I knew not to give any power to all negative thoughts that were swirling around in my head and just focus on what I needed to do to get back on track again.

However, I know that I am not the only one that this happens to.

In fact, there are a lot of people out there who are struggling and feeling worthless, powerless, and at the worst, even suicidal and the core issue isn't that they are lazy and a low-life. 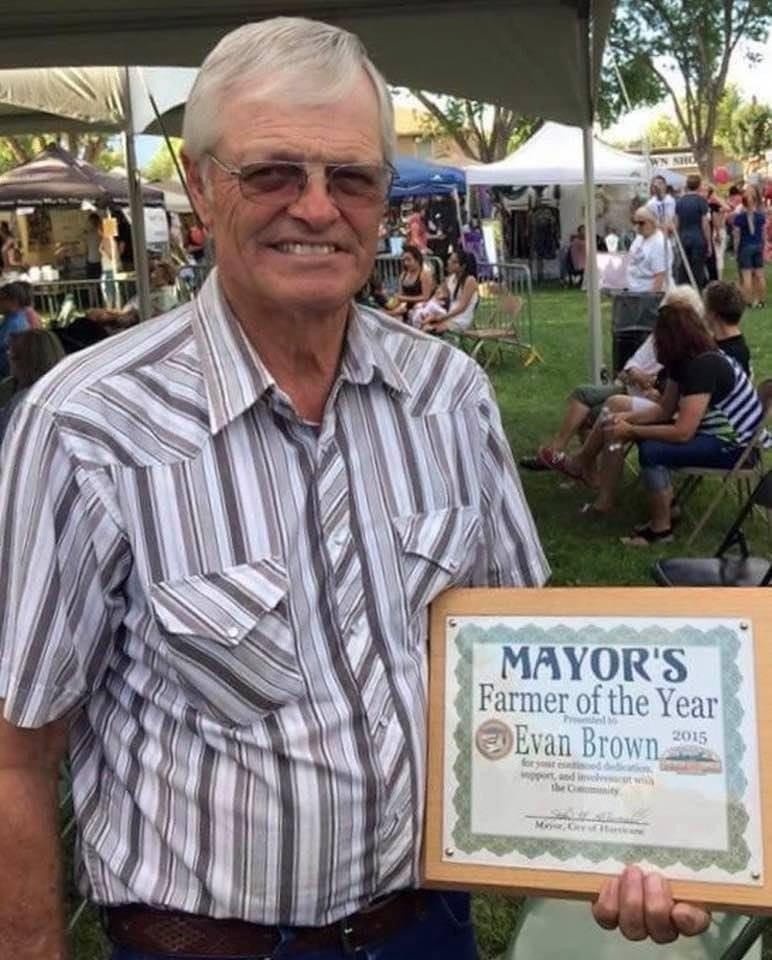 Last Friday, less than a week later, I was at a step...

Being empathic is a spiritual gift that can be very helpful once you learn more about it and how to use it to understand what another person's feeling, and you let go of the need to "save everyone". Learning how to shield yourself and especially about the form of shielding I call Radiating, which you can learn about in the next module, is super important to start practicing.

However, I have not found shielding to be foolproof, especially if my vibration is low. This is because you aren't in a place to feel and radiate pure love, which as you will learn in the next module, is your greatest tool to help you to use your gifts wisely. In this case, you can ask your body to release and let go of anyone else's stuff that you may be carrying and then take a deep breath in and just mentally give the cells in your body permission to release anyone else's baggage that you may be carrying.

There are actually many different kinds of empaths. You may recognize that...

Is it time for change? 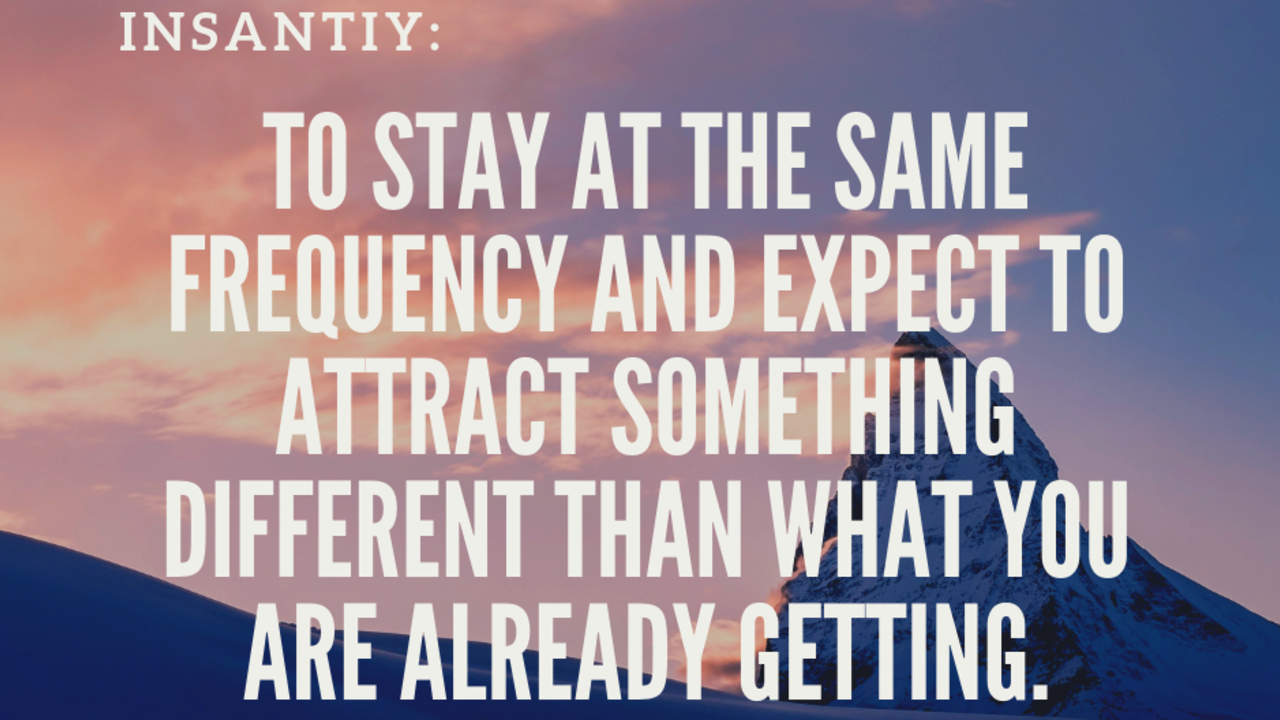 I understand that your heart is telling you it's time to embrace some sort of change so that you can experience more joy and fulfillment in your life.

How do I know this?

So, if you were to trust your gut instinct, what is it that you are feeling it's time to change, improve, or release?

Does it have to do with your career, your health, your relationships, or your finances?

Or, is it a habit that is causing negative results in your life, or a negative pattern such as allowing yourself to be a doormat or continually procrastinating things that need to be taken care of?

Whatever it is that is tugging at your heartstrings is going to involve letting go of what is familiar and being willing to walk into unfamiliar territory.

It's a simple fact that you can't hang on to where you are and expect to progress.

What Kind of Empath Are You? 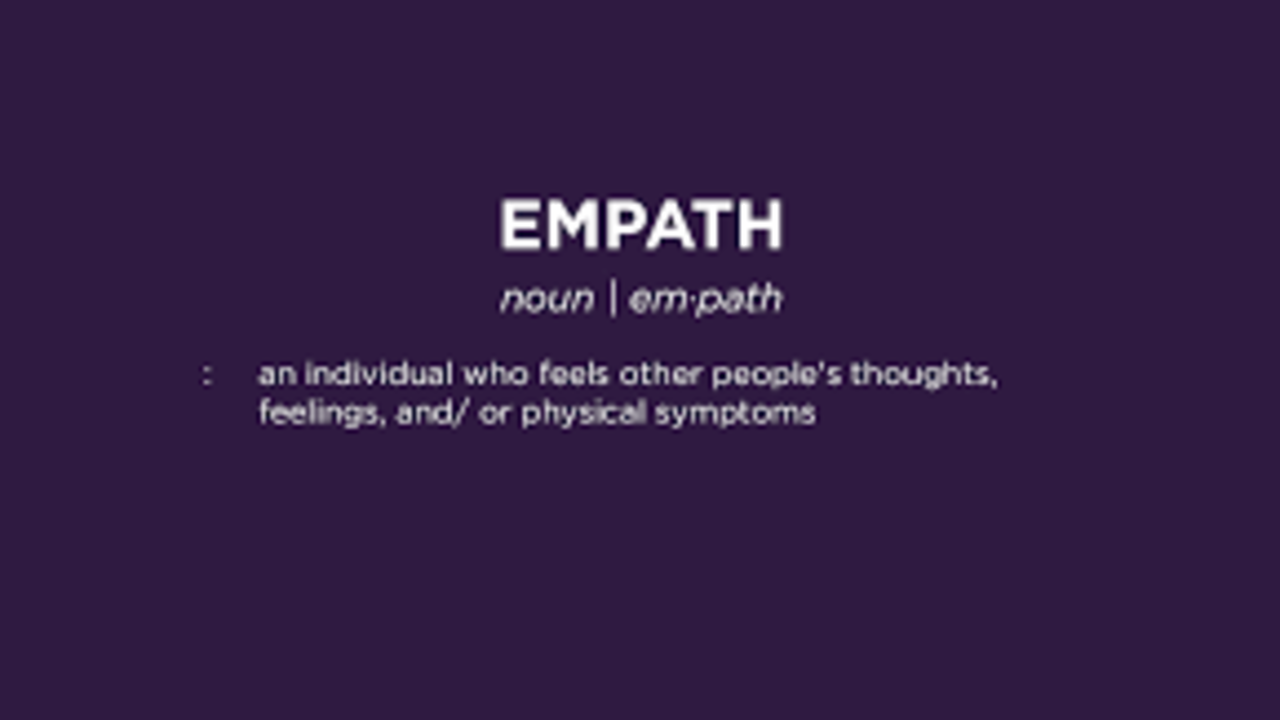 Notice that I didn't ask in the subject line of this email, "Are you an empath?"

That's because we all are empaths to one degree or another.

The question really is are you aware of your empathic gifts and what type of gifts do you have?

If you are new to the energy world let me first of all define what an empath is for you. 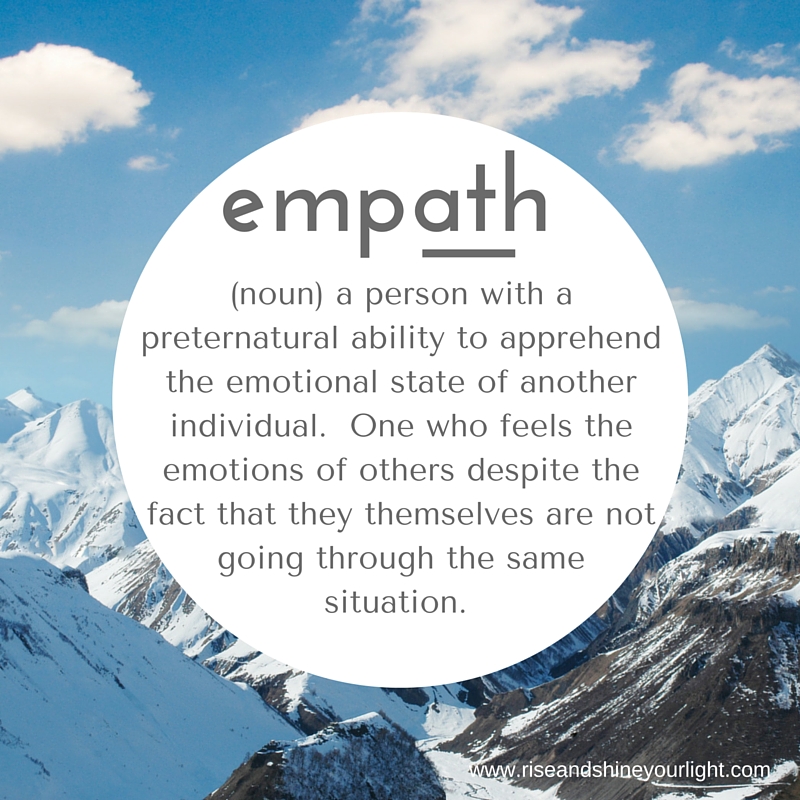 This definition defines the most common type of an empath or the one that is the most prevalent. However, There are other different kinds of empaths. Read the following and see if you can relate with one or more types.

Emotional Empath: Everyone on this earth has some empathic ability. However, there are some that are far more sensitive than others. This can be very overwhelming if the person doesn't know how to distinguish between another person's emotions, and their own. This is because an emotional empath can actually feel and experience the emotions of other people and will mistake them for their own.

I find that many people that...

Dogs are our angels too! 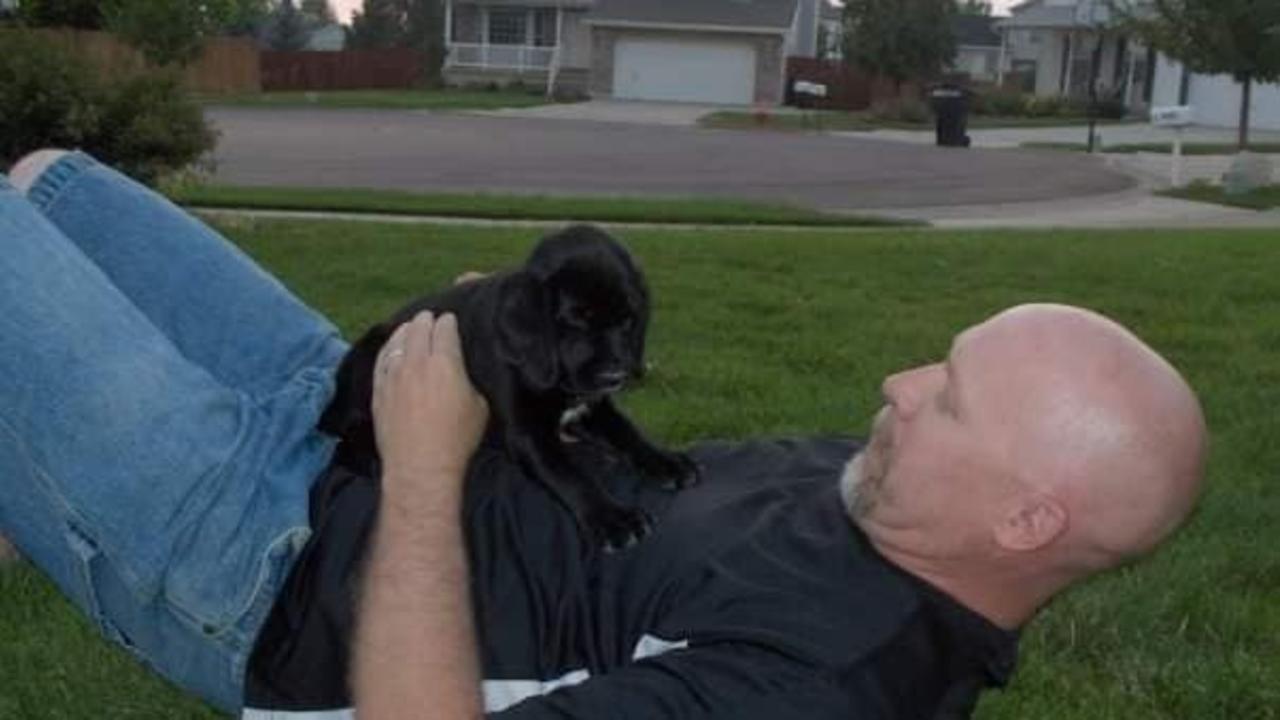 This weekend has been tough one at our home.

But the reason that it's been tough has been different, for my husband then it has been for me.

Friday, we put a member of our family to sleep, for the last time. 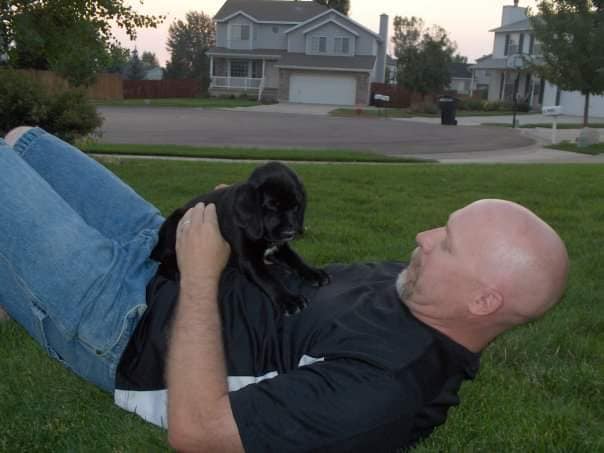 For 20 years my husband had wanted a dog and I didn't.

One day my daughter brought this black furball  home from a friends house that had just had puppies and asked her dad (kids always know the right parent to ask these kinds of questions) if we could keep her.

Of course, he said yes. It was something he had been wanting too and he knew I would initially be mad, but I would get over it.

I figured if it was something that he had wanted for 20 years that it was time to quit being selfish and realize how much having a dog meant to him.

So I wasn't too mad.

So Daisy Bumpus became a part of our family and has been a part for the last 13 years. 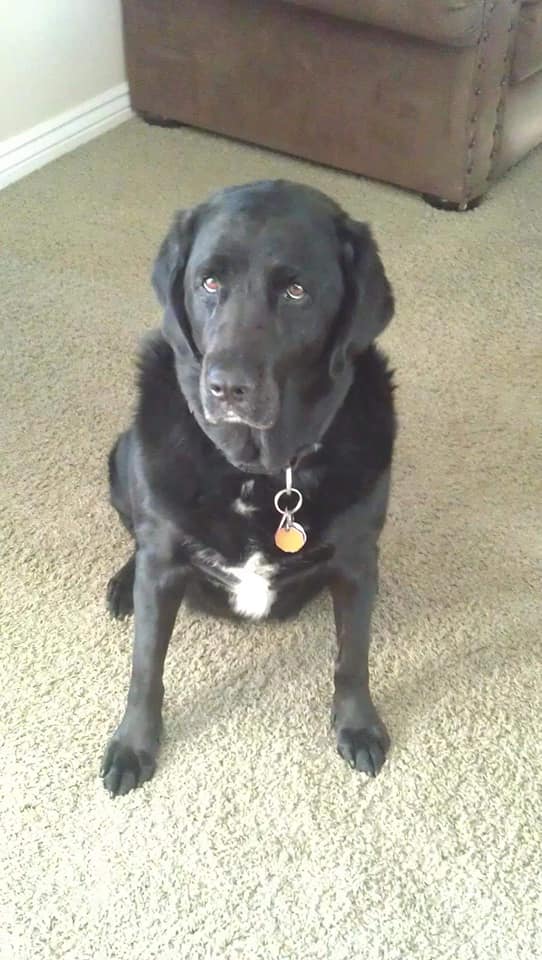 Every time Russ walked in the door, Daisy would be there to greet him and every time he would say,... 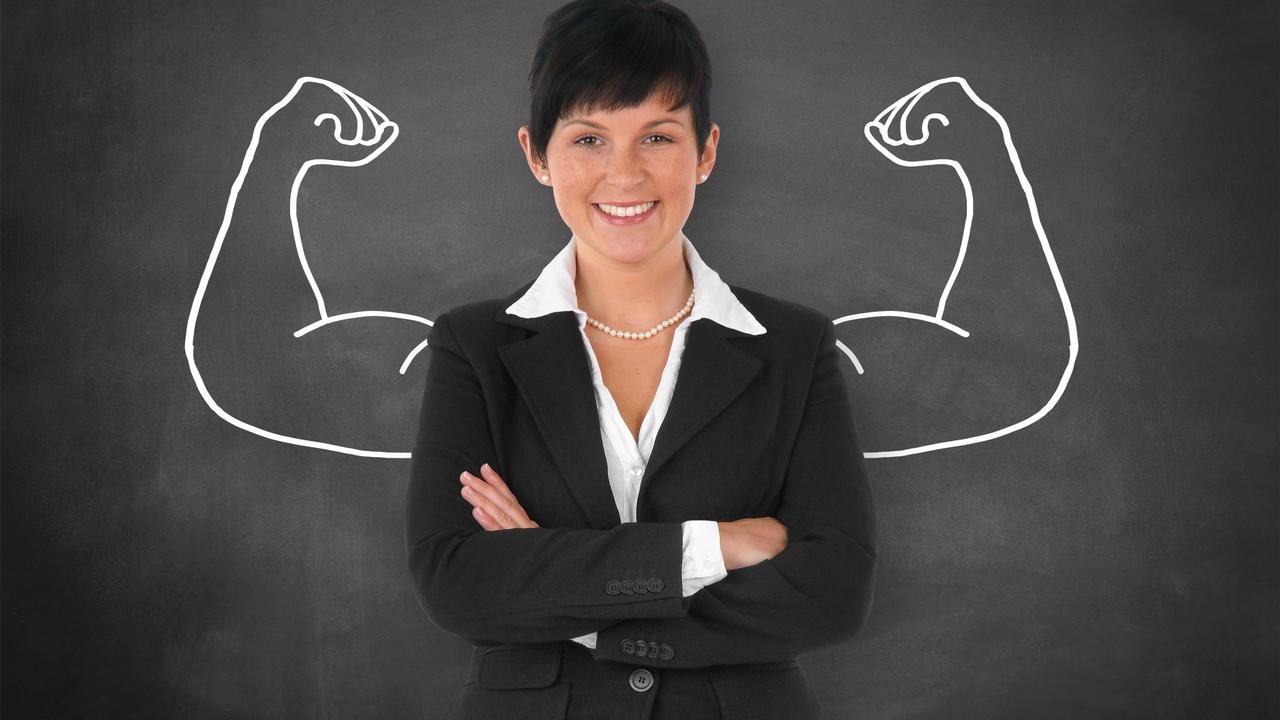 You know, the kind where you don't feel connected to life, or your purpose, or your goals, or your dreams?

Where you don't really feel capable to take life on because just doing all the normal stuff feels overwhelming.

You may also be experiencing low energy which causes procrastination because you have no drive to get things done, and then you just want to eat anything and everything in your house that is comforting and tasty, even if you know it will make you feel heavy, bloated and mad at yourself later.

Because you JUST DON'T CARE!

This is a cycle that happens to me from time to time and is easy to get stuck in.

This is because until you can figure out the root of what is causing it, the symptoms are likely to continue and the downward spiral continues until you feel like life is totally out of control.

However, if you have tools and knowledge you can stop it right as it is happening BEFORE you have too many "Oh shoot's!"...

Is your subconscious mind sabotaging you? 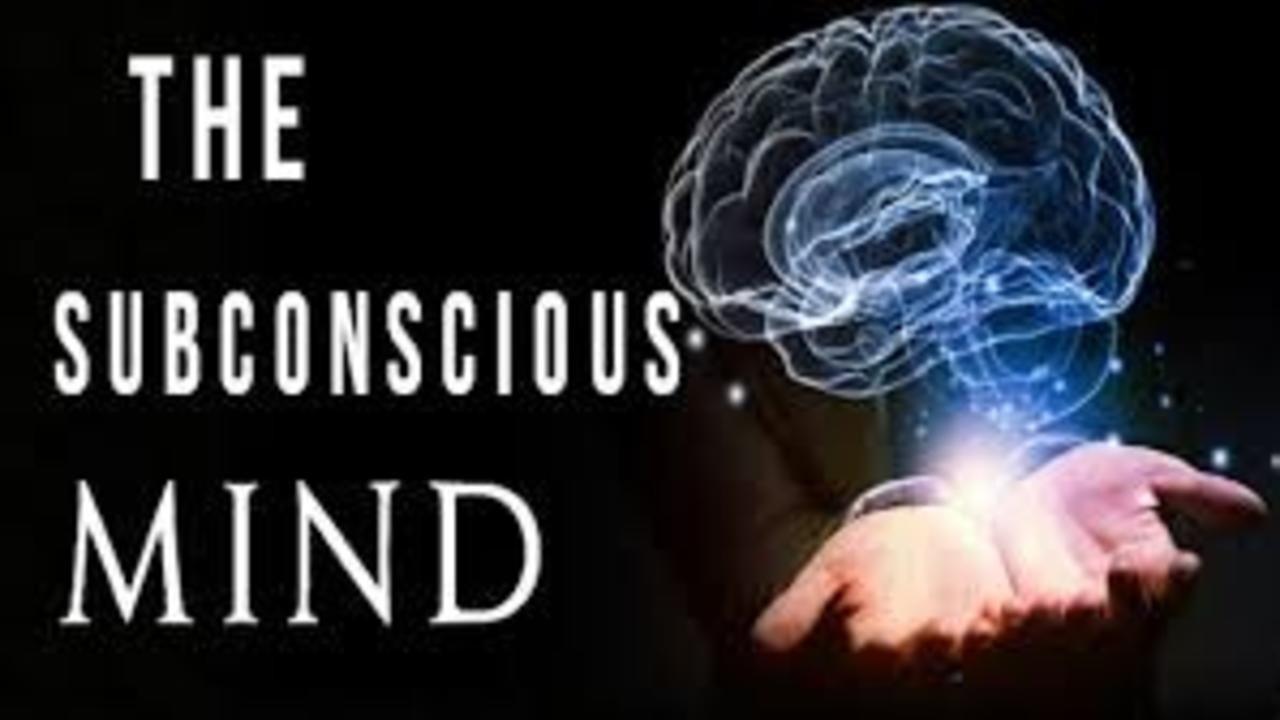 Have you ever known that their was something keeping you stuck in your life, but you couldn't put your finger on what it is?

Today in our Coaching Scholars call, (a group coaching program that I have) as I facilitated the group energy releasing session an interesting thing came up.

The focus this month is Inspired Goal Setting. When you set goals you feel inspired to set, have a big enough "WHY" for reaching the goal, it will keep you motivated to reach the goal.

I asked each participant to come up with one goal that they wanted to work toward this month.

Then on the call I muscle tested how determined they were to reach the goal that they had set.

Well if you start out not determined to reach your goal, there is no way that you will be able to focus on the actions that are necessary to accomplish your goal!

Four of the four participants we  were struggling taking the actions that would move... 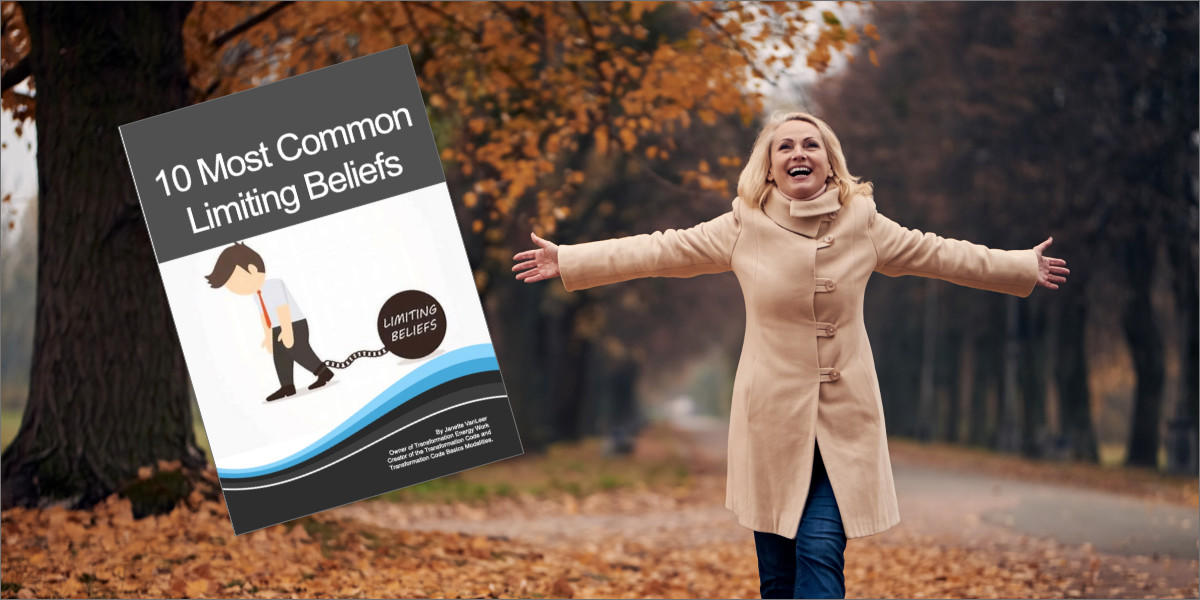